I feel a need to somehow “shell” the cockpit. What I mean is I want some roof and sidewalls that adds to the feeling of being in the cockpit and not in the basement.

I have had a very hard time finding usable measurements for the ceiling of the B737. Almost impossible. But finally I found some good window dimensions.

An so this week I thought why not make those eyebrows to get things going. So last night I cut 16 pieces of wook (4 pieces for each window).

“Looking good” I thought, or well rather “looking acceptable”.

The alignment was not the best seen. They were not completely symmetrical. But good enough to be mounted in the cockpit.

A bit of sanding, some filler for the corners and then RAL 7011 paint.

But it turned out things not was going to be that easy. 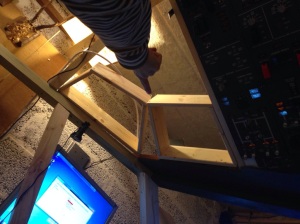 This is what the windows (still in the raw finish) looked like when mounted.

I know thew picture is a bit dark. But notice the difference in angle/width between the two windows (Where I am pointing).

I asked on a forum a few weeks ago for some measurements for the ceiling, but the only answer I got was “You have to make you own dimensions. No cockpit is alike”. That answer frustrated me a bit. But now I see why. Because each cockpit is in fact unique.

Two way to solve this:

I am going with solution two, and has made a rebuild. Now first stem is putting up a bar from the “A-pillar” and to the end of the AFT overhead. This will frame the first eyebrow window. Same procedure for the second. However with this second I need to figure the angle of incline. 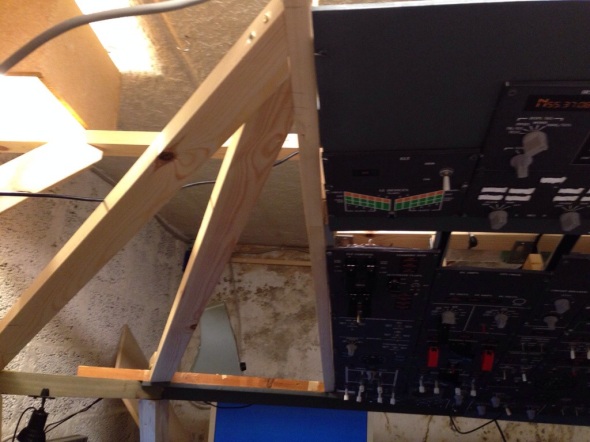 One thought on “Eyebrows”